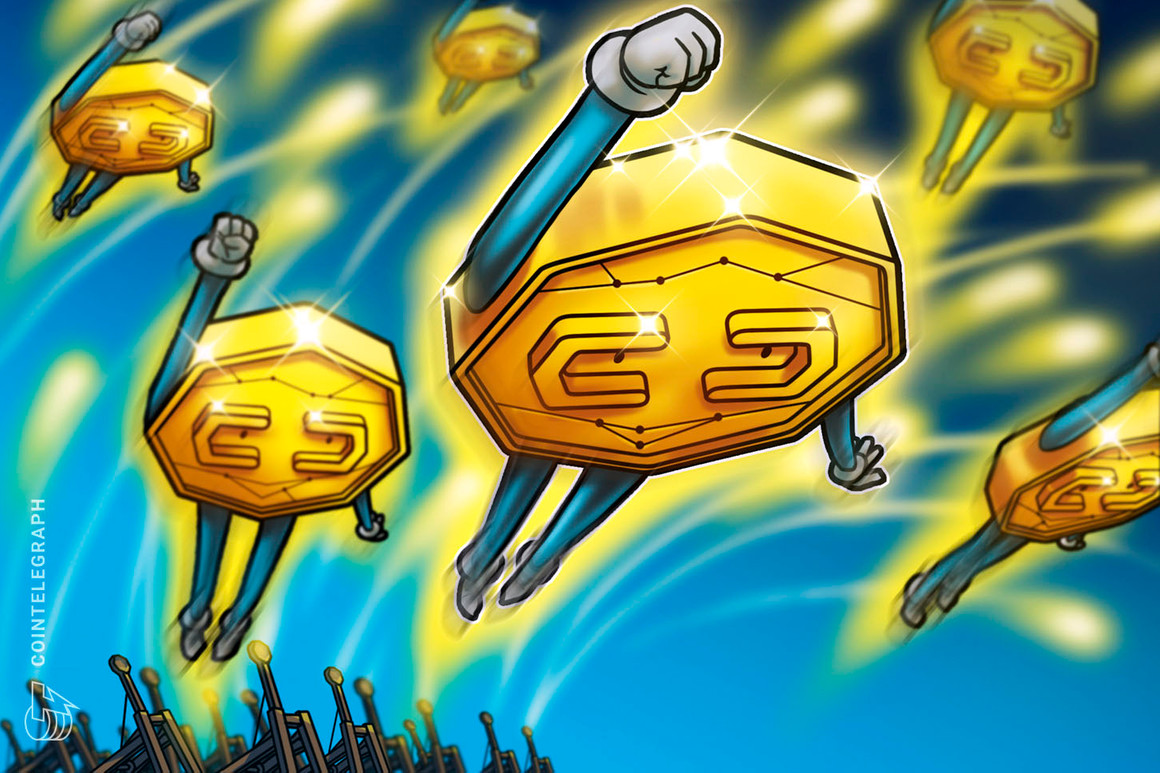 
Layer-2 (L2) solutions for the Ethereum (ETH) network have grown in prominence over the last year because of the need for scalable networks that offer low-fee transactions and led to numerous projects that built cross-chain bridges with competing blockchain networks.

One project that has benefitted from the growth of the L2 scaling solutions is Synthetix (SNX), a decentralized finance (DeFi) protocol that enables the creation of synthetic assets and offers exposure to derivatives and futures trading on the blockchain.

Data from Cointelegraph Markets Pro and TradingView shows that since hitting a low of $4.44 on April 11, the price of SNX rallied 52.6% to hit a daily high at $6.78 on April 26 before a widespread market downturn dropped it back down to $5.90.

While the majority of the market is down, there are potential catalysts for SNX price to see further appreciation.

One of the biggest developments for the Synthetix protocol was its launch on Optimism, an L2 network that is making waves this week, thanks to an airdrop announcement. SNX staking began on Jan. 16 and as the network grows, speculators are giddy at the prospect of future airdrops and staking incentives.

Most recently, Synthetix used its launch on Optimism to get more involved in the “Curve Wars” and currently, it is offering the highest bribe to get veCRV voters to incentivize voting for the sUSD Curve pool.

Synthetix has also partnered with Lyra Finance (LYRA) to offer 12,000 SNX and 50,000 LYRA per week as an added incentive for veCRV voters.

L2 airdrop season could be a catalyst for SNX

A second reason the price of SNX has the potential to see further appreciation is traders’ expectation that an airdrop season for L2 protocols could occur.

There has been a significant amount of speculation that Optimism and Arbitrum, two of the most popular L2 networks in the crypto ecosystem, would eventually airdrop their protocol tokens to early adopters of the networks.

This speculation became reality after Optimism released the initial details of the Optimism Collective, a “large-scale experiment in digital democratic governance” that is “built to drive rapid and sustainable growth of a decentralized ecosystem.”

Along with the launch of the Optimism Collective comes the launch of the OP governance token, of which 5% of the initial supply will be airdropped to early adopters. For those who did not qualify for the first airdrop round, there is still a chance to qualify for future airdrops by being active on the network using protocols like Synthetix.

With Synthetix offering futures trading on Optimism, the protocol could benefit from users seeking ways to be active on the network and this could increase demand for SNX.

On top of the potential to receive an OP airdrop, SNX holers have also been lured to Optimism by the 81% staking rewards currently being offered by the protocol.

Climbing user base and volume transacted

Further evidence of the rising popularity of Synthetix can be found in the platform’s metrics on Optimism, which have been steadily increasing for the past month, according to data from Dune Analytics.

As shown in the graphic above, the number of unique traders on the protocol has been climbing since launching futures trading in mid-March and the protocol has handled nearly $1.59 billion in total volume.

VORTECS™ data from Cointelegraph Markets Pro began to detect a bullish outlook for SNX on April 23, prior to the recent price rise.

The VORTECS™ Score, exclusive to Cointelegraph, is an algorithmic comparison of historical and current market conditions derived from a combination of data points including market sentiment, trading volume, recent price movements and Twitter activity.

As seen in the chart above, the VORTECS™ Score for SNX climbed into the green zone and hit a high of 77 on April 23, around 39 hours before the price spiked 28% over the next day.

Coming every Saturday, Hodler’s Digest will help you track every single important news story that happened this week. The best...

Bitcoin (BTC) focused on $21,000 into the weekend amid warnings that volatility could still consume the market before Monday.BTC/USD 1-hour...

Austrian crypto and stock trading platform Bitpanda joins the growing list of companies to announce a mass layoff as it...

Bitcoin (BTC) headed toward the upper end of its trading range on June 24 as optimism crept back into traders’...

Central bank digital currencies (CBDC) do not pose any direct threat to cryptocurrencies like Bitcoin (BTC) but are still associated...

XRP's ongoing upside retracement risks exhaustion as its price tests a resistance level with a history of triggering a 65% price...

What is P2P trading, and how does it work in peer-to-peer crypto exchanges?

What is StrongBlock (STRONG) and how does it work?