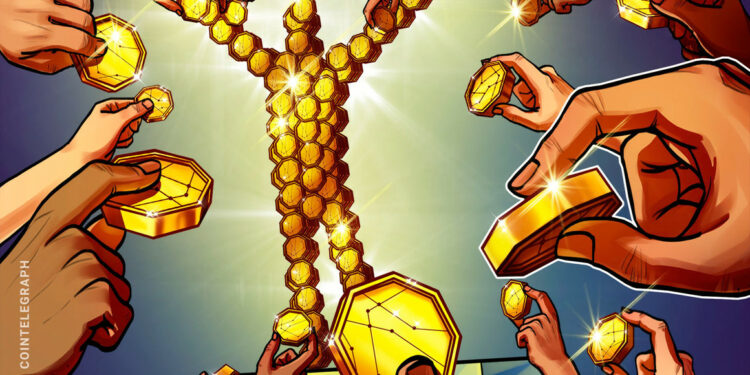 In times of high stress and market turmoil, sports entertainment has served as a valuable escape for people around the world as they get a chance to root for their favorite players and teams while briefly forgetting about the worries of the world.

Amidst the ongoing market volatility and falling crypto prices, sports fans have cause to rejoice as multiple fan tokens have bucked the downtrend on May 18 to post 40% plus gains.

Here’s a look at the recent developments that have helped propel Paris Saint-Germain (PSG), Juventus (JUV), FC Barcelona (BAR) and other fan tokens to the top of the charts today.

The biggest driver of momentum for fan tokens appears to be coming from new developments on the Chiliz protocol, which operates Socios, a blockchain-based sports entertainment platform Socios.

On May 17, Chiliz revealed the launch of Jalapeno, the second phase of its Scoville testnet which is part of the broader launch of the Chiliz mainnet.

A few of the new features included for testing in Phase 2 include the launch of PepperSwap, which will provide a decentralized exchange and fan token test surveys which allow token holders to begin participating in surveys and governance votes on the protocol.

Eventually, users will be able to interact with the community of specific fan tokens and vote on developments that they would like to see for that club through fan token surveys, which is one of the features that many investors were initially interested in.

A new listing at BitPanda could be another reason why fan tokens rallied on May 18.

Say bonjour to one of our latest #CryptoWednesday listings: $PSG, the native token of @PSG_inside + @socios that gives fans the power to vote on club decisions and access VIP events. pic.twitter.com/ISko87ZKt3

According to BitPanda’s Twitter, at least 7 fan tokens listed on May 18.

Another factor providing a boost to fan token prices is the Chiliz Head2Head burn competition which burns a portion of the fan token circulating supply based on the results of live matches between clubs.

Fan Tokens will be burned for every goal scored during @juventusfc vs @inter at 21:00 CEST today

Based on this design, the Head2Head burn mechanism will affect the tokenomics of a project over time by helping to reduce the circulating supply of tokens, which has the potential to result in a price increase if demand stays elevated.

It also provides a way to see the performance of a team reflected in its token supply, with better performing teams seeing more of their token supply burned. If the Head2Head burn process proves effective, it could potentially increase the value of certain teams due to the reduced circulating supply.

What is Sorare and how to play it?

What is Sorare and how to play it?